Logically, I take this back to school to offer visitors to my studio and indirectly to those of the forum of "Best Pop-UP Books", a small panel of animated alphabets, far from exhaustive.
Today as yesterday, the alphabet remains indeed an educational theme very largely exploited by the publishers of books with systems.
In my selection will be noted a large proportion of books referring to the animal world, another obvious interest in awareness among young children.
However, the current edition, aimed at a wider audience, is now more likely to favor the aesthetics of the letter's graphic design and its many possibilities for animation.
"Marvels in Paper Engineering" published last year in the United States by The Movable book Society's is one of the last examples.
But, in the same spirit, note that the album "ABC3D" of the French Marion Bataille, released by Albin Michel Jeunesse ten years ago, remains the world best-seller of animated alphabet ! 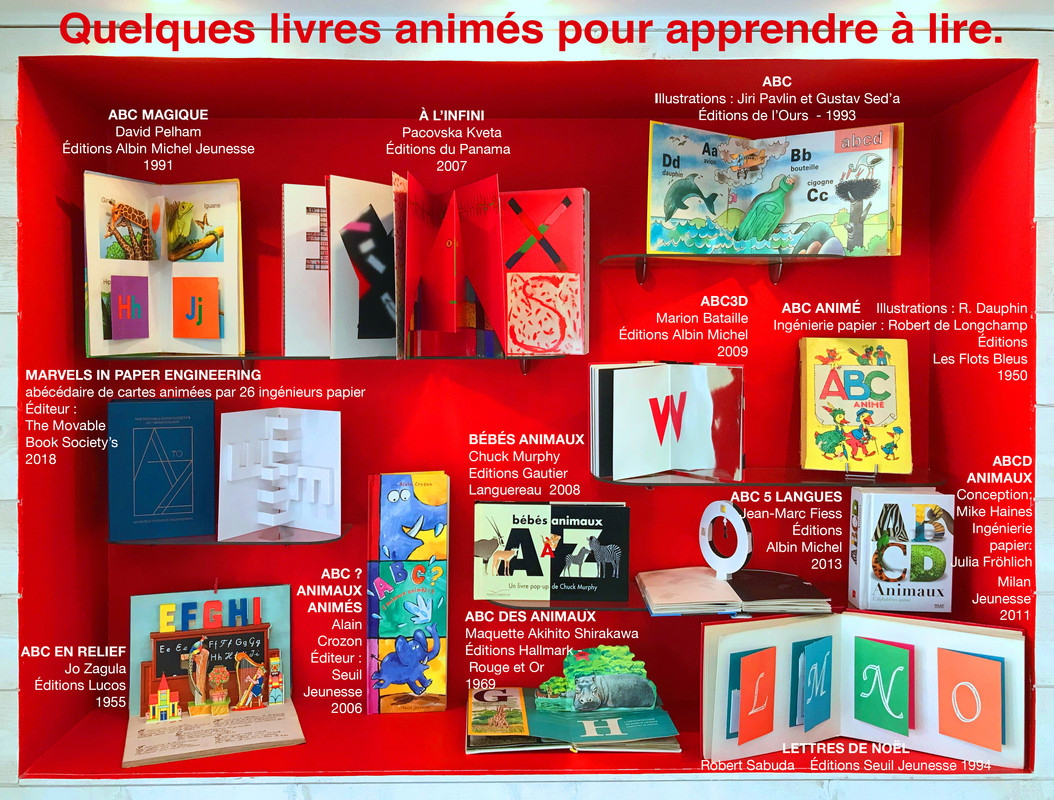 Re: WHEN ALPHABETS TAKE LIFE

Return to “Pop-up and movable books”